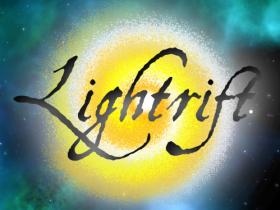 Lightrift itself is the actual end-user projector for the animation engine.

Lightrift Studio is the front-end studio animation tool for Anari, for creating animations, designing game interfaces, and writing embedded Ratscript code. (The latter is included directly in the former, so they share a repository.)

Lightrift Studio will have the following features:

This project was originally going to be forked from Synfig Studio, but we have since decided to write our own code from scratch.

Even so, we are still loosely associated with that project. We have access to design notes and the original (Quattlebaum) code. However, since Synfig Studio is GPL-licensed, we cannot directly use any code that has not been relicensed to us.

NOTE: In terms of our history with the Synfig Studio project, our initial research into the source code led to some suggested improvements, which Ivan Mahonin and company later built upon to create Synfig Studio's new-and-improved rendering system.

Regardless of how we can use Synfig Studio to move our project forward, we will remain involved through the contribution of our own code, insight, and (hopefully) financial support as we are able.

Tags
None
Subscribers
None